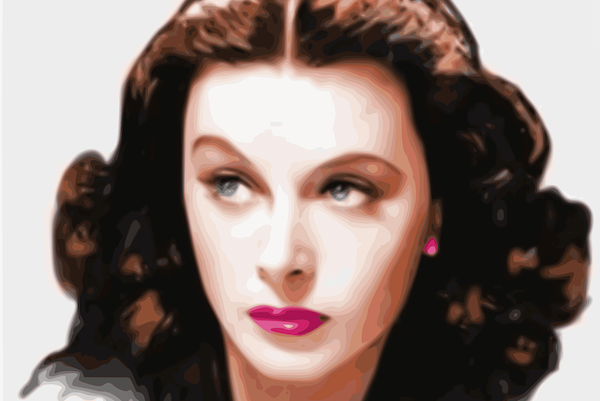 While most people are familiar with Bluetooth technology, few people know that the foundation of Bluetooth was a World War II era technology known as frequency hopping. And that technology was invented by a woman, actress Hedy Lamarr.

What is Frequency Hopping?

Frequency Hopping is a method of transmitting radio signals by rapidly switching a carrier among many frequency channels, using a pseudorandom sequence known to both the transmitter and receiver. In frequency hopping systems the transmitter will automatically change the frequency based on a hopping pattern. This allows the signal to see a different channel and set of interfering signals with each hop and helps to prevent communication failures.

Frequency hopping was first used for military electronic countermeasures. Radio communication only occurred for brief periods on a radio channel and the frequency hop channel numbers were only known to authorized receivers of the information. Transmitted signals that used frequency hopping were difficult to detect and monitor. This helped prevent communication failures as well as signal jamming.

A Brilliant Woman Sees A Solution

During the early stages of America’s involvement with World War II, the US Navy began using radio-controlled torpedoes to sink Axis Power ships and submarines.

Hollywood actress Hedy Lamarr, who was also a brilliant inventor, learned that our torpedoes could easily have their radio signals jammed and be set off course.

She came up with the idea of creating technology that would make the signal automatically jump from frequency to frequency to prevent that signal from being tracked or jammed. She contacted her friend, composer and pianist George Antheil, to help her develop her invention. Together they created a radio guidance system that used Frequency Hopping Spread Spectrum technology. Their hope was that it could stop the Axis Powers from jamming the radio signals of our torpedoes.

Next Stops For Frequency Hopping Technology

Unfortunately, the technology was too difficult to implement at the time and the Navy was reluctant to use inventions that were not created by military contractors. Lamarr and Antheil were granted a patent under US Patent 2,292,387 on August 11, 1942. The Navy then classified the technology and it went unused until 1962 when an updated version of the technology first appeared on Navy ships during the Cuban Missile Crisis.

In 1997, the pair received the Electronic Frontier Foundation Pioneer Award and the Bulbie Gnass Spirit of Achievement Bronze Award. They were also posthumously inducted into the National Inventors Hall of Fame in 2014.

The Road to Bluetooth Technology

First invented in 1994, Bluetooth technology has become the cornerstone of Internet of Things (IoT). It enables us to connect wirelessly to our phones, computers, vehicles, appliances and even our homes and businesses. It’s also an integral component of all wireless networks.

How Does Bluetooth Work?

Bluetooth sends and receives radio waves in a band of 79 different frequencies centered on 2.45 Ghz. Bluetooth devices can automatically detect and connect to each other and can pair up with up to 7 other devices and communicate with each of them at the same time.

Bluetooth devices can also select channels randomly when two devices want to communicate, a technique known as spread-spectrum frequency hopping. To minimize any chance of interference from other devices, paired devices can shift the frequency that they are using. They are even capable of shifting frequencies thousands of times per second.

The technology is used to connect computers and electronics devices on the fly to share small amounts of data over short distances. Bluetooth’s capability to connect and communicate with numerous devices makes it easier for those devices to work together without needing to communicate via Wi-Fi (which would dramatically increase the volume of traffic on the network).

While Hedy Lamarr’s invention was not able to help the Allies during World War II, she created a technology that is still impacting the way we live 80 years later. Thanks to one brilliant woman and her partner, we are all more connected than ever.